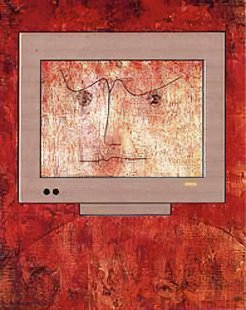 In 1993, the Heinz Billing Prize for the advancement of scientific computation was presented for the first time. The aim of this prize was to honour the achievements of those who have spent time and effort developing the hardware and software crucial for scientific advances. Since then the role of computational approaches in all areas of science has grown steadily and has become an indispensable part of modern research. It is the purpose of the prize to honour outstanding scientific contributions in all areas of computational science.

The prize is named after Professor Heinz Billing (1914-2017), formerly Director at the Max Planck Institute for Astrophysics who also has been chairman of the Advisory Committee for computers in the Max Planck Society. With the invention of the drum storage and the construction of the computers G1, G2, G3, Professor Billing was one of the very first pioneers of electronic data processing at the beginning of scientific computation.

The Heinz Billing Prize for

is awarded biennially by the Heinz Billing Foundation of the Max Planck Society. The prize, open to scientists of all disciplines, is supposed to recognize the work of a younger scientist who, typically, would not yet hold a tenured position. Applications as well as nominations from all fields of computational science are welcome and should demonstrate significant progress in solving scientific problems by computational means.

Some typical examples of relevant research areas are given below:

• Design of user interfaces based on new scientific findings

• Scientific visualization of data and processes

A jury selects one contribution for the Heinz Billing Prize 2021 for the advancement of computational science.

The award ceremony will take place during the scientific fall meeting of the Max Planck Society. The candidate will receive a certificate and an endowment worth € 5.000.

Applications or nominations should be written in English and include a description of the work (max. 10 page) with a general introduction or the corresponding publication including an introduction letter, a nomination letter, the CV of the candidate and submitted electronically by April 25, 2021 to: